Discover the Pastoral Beauty and Charm of Latah and Whitman Counties 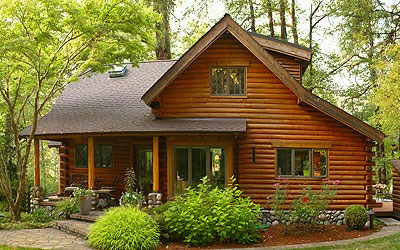 While technically in different states, Latah County, Idaho, and Whitman County, Wash., share a border within the same region of the United States — the Palouse. This is North Idaho and Eastern Washington, defined by the pastoral beauty of rolling fields of grain and many sparsely-populated areas. Yet, there are also some charming small towns and two major universities here.

We truly enjoy living here and getting the opportunity to share this region with others. Let’s take a closer look at some of the reasons visitors and new residents alike are drawn to the Palouse.

Outdoor Adventures and Must-See Destinations in the Palouse

Agriculture drives much of the economy in Washington and Idaho and the Palouse represents. Scan the land and you’ll see vast fields of wheat, barley and other grains, not flat but on rolling hills that look like ripples and waves on the ocean as the light plays against the terrain. The Palouse’s geography also makes for great outdoor adventures and there are multiple state parks, national forests, wildlife preserves and recreation areas in and around the region.

The must-see destinations? Elk Creek Falls Recreation Area has the tallest waterfall in Idaho (one of three at the site), flowing into a deep canyon. Visit Hells Canyon National Recreation Area (and its namesake park) in Lewiston, Idaho / Clarkston, Wash., for stunning scenery and whitewater river recreation. Moscow Mountain stands at almost 5,000 feet at its tallest peak, and is popular with hikers, climbers and mountain bikers.

Palouse Falls State Park is another visual masterpiece with its 198-foot waterfall amid rocky cliffs. For less rugged outings, hit the Latah Trail Bike Path or head to Robinson County Park near Moscow. If fishing is how you unwind, consider a trip to Boyer Park & Marina KOA on the Snake River in Colfax, or the Spring Valley or Moose Creek Reservoirs (both in Latah County). Rock Lake in Whitman County is the hot spot for trout and largemouth bass.

North Idaho and southeast Washington’s communities are diverse. While much of the region is rural, all the amenities of larger urban cities are accessible. Education in the arts is valued as much as core learning, and there’s a focus on higher education. Afterall, Washington State University in Pullman and the University of Idaho in Moscow are both located here.

As for safety, Moscow has regularly appeared on national “best of” lists, including in 2018 as the top place to raise a family. Whitman County is equally known for its great schools and healthcare, and relatively affordable housing in nice communities.

It seems not a week goes by without another community event to enjoy, such as these within North Central Idaho. You’ll notice local farmers markets, though some folks here prefer to hunt for their own wild edibles. Washington for example, has a really good mushroom hunting guide. For dining and nightlife, start within those two college towns. Then head to the small town of Palouse for some other fun options.

To explore history, check out Nez Perce National Historical Park, which preserves the history of the Nimiipuu (Nez Perce) native people, or go to Steptoe Battlefield State Park Heritage Site in Rosalia to learn about a key 1858 battle. Mary M. McCroskey State Park in Farmington honors the memory of frontier women and their hardships. At the end of the day, relax at one of the Palouse’s many wineries and breweries.